A Plan for Happiness 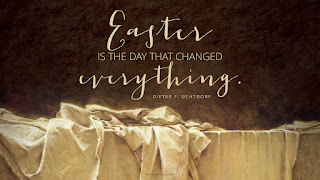 July, 1981: I was happy and grateful to finally have my mom living close by. I planned to ride my bicycle to visit her across town since I didn’t often have a car available. But baby Nathan was a wiggly two-year-old, and I worried about putting him on the back for that long ride. Still, my husband Jim was home for parts of the summer, and he took over some of the childcare along with my older children. Carl was 12 and Anna 11. I considered them nearly grown and well able to supervise Mark, 9; Amy, 7; and Rachel, 5, as well as the baby. My handicapped son Andy was once again living in the Developmental Center, and that relieved me of his constant care. I made as much time as I could to spend with my mother. We were working together on a history of her great-grandfather, Asmus Jorgensen, and her own history, pre-marriage.

Earlier that summer, when Dad first brought Mom to Orem, he dropped her off at my house. Then, wonder of wonders, Dad put earnest money down on a house just a block away from us. I had worried constantly about my mother’s health, and the wish I had to be close enough to check on her every day was finally fulfilled. Dad went back to Logandale to finish their move. Mom stayed in my bed since Jim was working out of town, river running. In fact, the pain of her arthritis made getting out of bed nearly impossible for her. The six-hour trip north from Nevada had been made lying in the back of their van.

My memories of those days are mixed. My heart was bound to my mother. She was my best friend and I loved being with her. My children were our entertainment. They knew how to be quiet and not to jostle their grandma’s bed. Her smiles were their reward. Alyce, my neighbor, came and played our piano for us. Hymns, one after another, and the classics. Alyce made beautiful music from our old upright. But counterpoint to this happiness was the worry of her illness, growing worse each day.

Mom was in pain, too much pain, limiting, excruciating, severe pain. We called her Salt Lake doctor, on the verge of help with her arthritis, surely. But then the surprise came. Mom had cancer. And it had spread into her bones. No wonder she couldn’t stand to have her bed touched or wrinkles in the sheets. No wonder she was unable to sit, stand or move. Even lying in bed was painful for her.

An operation removed the worst of the cancer and after a hospital stay, Mom was able to come home from the hospital. Dad had moved their belongings north, from southern Nevada to central Utah. But the location of home had been changed. The house next to us was no longer an option. Medical bills necessitated temporary shelter in our old house in south Orem, conveniently vacant. Dad worked all day in the back yard there, screening rocks from the dirt. He went back to Nevada, still settling their affairs. When he was gone, I stayed all night with Mom. She wasn’t sleepy, being bed-bound all day. One memorable night she wanted to talk. I was tired, and I kept drifting off. I had worked hard in the house and yard. I had picked cherries and canned them, preparing for her winter needs that would never come. How I wish I had been able to stay awake that night. Like the apostles of old, I fell asleep and could not watch through the night with her.

During that long night she asked me to find her patriarchal blessing. The living room of the small home was filled with files and boxes of belongings, but I dug through and retrieved it to read to her. “I’ve done it all,” she said wonderingly. I guess she had, though I argued to the contrary.

August came, and the watch was over. Mom’s earth life was finished August 2, 1981.

The months that followed seem foggy to me as I look back. Depression stalked me day after day. Our son Andy died October 4. Mom was constantly in my mind and heart. I was convinced she had called Andy home. My dad was severely depressed too, and I worried about my younger sisters. I wanted to be there for them, but he had shut me out.

In January 1982 we discovered abuse in our home. My sweet young children had been victimized. The darkness seemed overpowering.

Finally April dawned. The second Sunday in April was Easter Sunday. That Easter morning my mother was once again in my thoughts. I envisioned her in her casket, where I had last seen her. But then, in my mind’s eye, I saw her open her eyes, sit up, stand. She was rising from the dead, resurrected whole and well. We embraced. The wonder of that vision stayed with me throughout the day.